The famous games publisher Bandai Namco Entertainment Europe has entrusted Addict Mobile with their gaming mobile marketing strategy for years. After having worked on Tekken Card Tournament, we partnered to prepare the global launch of Asterix and Friends. The game, based on the world-renowed comic licence is a “city builder”/social/adventure mash-up in which the goal is to re-build and develop the Gallic village and open your way to new shores, kicking some Roman butts along the way. The game was initially soft launched in few countries for several months, in order to test the market. After the release of the game on September 15th Addict Mobile is currently working with Bandai Namco on the global launch User Acquisition campaigns. 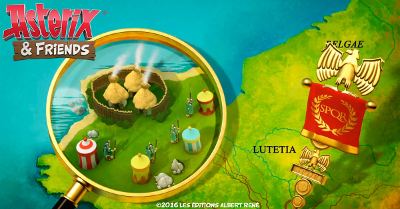 What is a soft launch?
In gaming mobile marketing, a soft launch is the process of launching a mobile game in restricted selected countries to study users’ behaviors, monetization and balancing. The goal is to build a sufficient user base in order to collect enough data to fully optimize the game and the advertising campaigns before the hard launch worldwide.Based on its experience, Addict Mobile team suggested to target the following 3 countries for the soft launch: – Canada for its resemblance to the large English speaking markets (USA, Australia) – Switzerland for the French and German markets (Europe in general) – Austria to prepare a final launch on the mature German market.Addict Mobile action: Addict Mobile has managed to generate large volumes of downloads through mobile advertising campaign focused on return of investment. We closely managed the success of the campaigns on Facebook, using a large number of quality creatives in different formats (banners, Multi-Product ads). 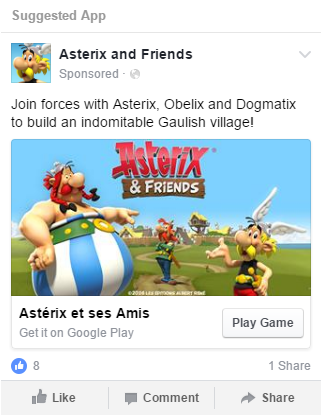 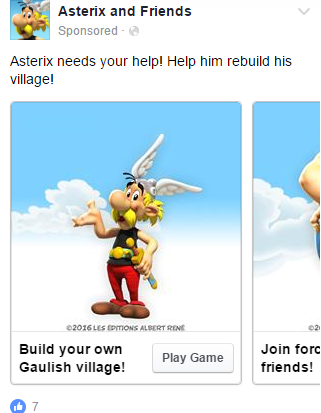 2 sponsored advertisement, a banner and a Multi-Product  ads
RESULTS 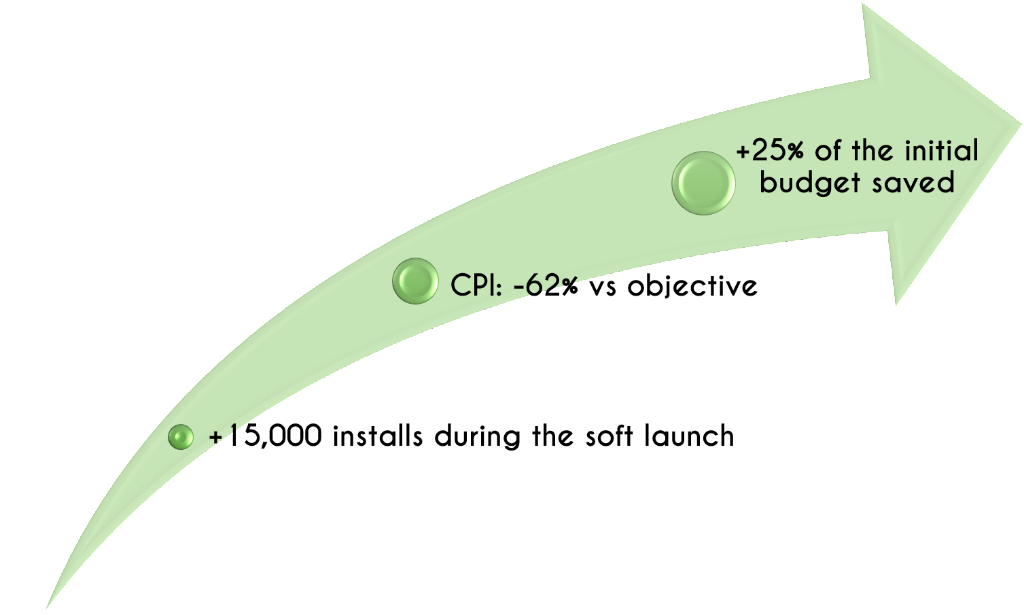 In order to obtain reliable data on profitability the soft launch lasted for 5 months. The game Asterix and Friends was released on September 15th and Addict Mobile is now working with Bandai Namco on the global launch. 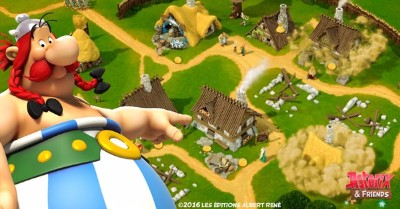 Cityscoot is the number one service for self service electric scooters. Launched in 2016 in Paris, the brand has rapidly expanded to Nice, Milan, and Barcelona, offering more than 7000 scooters to all those who wish for an effective urban transport, face in the wind.   Addict Mobile supports Cityscoot in its European growth by managing user acquisition campaigns for its application with a cost per first ride objective.   Activated sources: Facebook, Google and Snapchat.       City Targeting, a challenge for mobile app acquisition   Broadcasting acquisition campaigns on a city scale implies several constraints:   – The more restricted the targeting, the higher the acquisition costs.   – The visuals must be adapted to the usage and routes of each city in order to maintain good transformation rates and thus reach performance objectives.         How to keep acquisition costs low with specific targeting?   By adapting the OS and sources to each city: depending on the results of the campaigns, Addict Mobile’s teams increase investments in the sources or OS that deliver the best performance.   By varying the optimizations according to the sources: on Facebook and Google, campaigns that are optimized […]

The mobile app ecosystem is consolidating!

The latest major changes in the mobile app ecosystem (privacy, Apple’s ATT Framework, maturity of advertisers.) are forcing players in the mobile ecosystem to offer the most complete service possible to cover the entire mobile marketing chain. Owning your first party data and therefore having your own data to monetize your audience and offer effective advertising campaigns is one of the major challenges of 2021’s ecosystem. Everyone wants to put their SDK in the apps to know their users and maximize the revenues of their campaigns. Lately, there have been a lot of acquisitions of AdNetworks, tracking tools, analytics tools and monetization structures. The ecosystem is consolidating, the companies are getting stronger.   Brief overview     Vungle mobile app install company acquires GameRefinery, a leading cloud-based mobile game analytics platform with deep contextual data sets and image-recognition technology that helps developers market, design, and monetize their mobile games. “GameRefinery’s deep contextual data will offer new ways for advertisers to find relevant audiences, using non-personal data such as player motivations, moods and styles and audience personas, for campaign targeting with no device level ID required.” “With upcoming changes on iOS 14 and the removal of the IDFA, advertisers are looking […]

Soft launch: our tips to succeed this essential step in launching a mobile game (part 2)

In our first article we explained the importance of the soft launch for launching mobile games: identifying objectives and KPIs to track, determining a budget and time-line and, finally, developing ASO strategies to maximize conversion rates for your game. This second article focuses on which countries to choose for your soft launch, depending on your objectives and the insight you want to obtain.   Avoid audience burnout The choice of country for soft launching your app is crucial. In fact, we recommend that you avoid testing in the country in which you intend to officially market your game. This would be far from ideal. So you want to avoid launching the game in countries with the most qualified audiences.   If you attract a large number of qualified users to a game that they don’t like, which doesn’t motivate them or generate enough revenue, these players will be “unprofitable.” They simply won’t come back. Therefore, it’s best to delay releasing the game to this kind of audience until you have an advanced version.   This means avoiding the best geographical locations (= those generating the most revenue) which are best left untapped for the hard launch.  Furthermore, these locations, featuring […]